Must visit attractions in Auckland

Auckland is a place filled with incredibly diverse attractions. Whether you’re an avid thrill seeker, nature lover, or an art aficionado, New Zealand’s largest city is sure to keep you captivated. Here are 20 must-visits that prove this point perfectly. 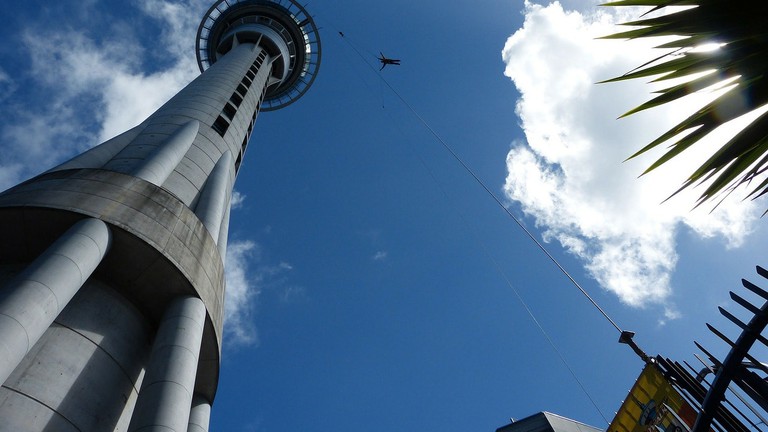 Sky Tower, Auckland, New Zealand | © PublicDomainPictures / Pixabay
Along with being an iconic feature of Auckland’s skyline, the Sky Tower is the tallest of its kind in the Southern Hemisphere. Fine diners, adventurous bungy jumpers and travellers wanting to catch some of the best panoramas of the city are among those attracted to this stunning architectural landmark.

Natural Feature
Mount Eden Summit, Auckland | © macronix / Flickr
Auckland’s highest natural point, Mt Eden (also known by the Māori name Maungawhau) is a dormant volcanic cone that rises 196 metres (643 feet) above sea level. An astonishing bowl-like crater with a depth of 50 metres (160 feet), it is as much a part of the summit’s appeal as the spectacular 360-degree city panoramas on show.

Natural Feature
Maungakiekie/One Tree Hill, Auckland, New Zealand | © Bernard Spragg / Flickr
One Tree Hill is a 182-metre (597-foot) volcano which serves as an important memorial place for Māori and other New Zealanders. Maungakiekie, or the ‘mountain of the kiekie vine’, was home to the largest indigenous pā (defensive settlement site) pre-European colonisation. A 30-metre (100-foot) tall stone obelisk was also erected on top of the summit to mark Auckland’s centenary commemorations in 1940.

Natural Feature
North coast of Waiheke Island, New Zealand | © russellstreet / Flickr
Take a 40-minute ferry ride from downtown Auckland to reach the ever so popular Waiheke Island. The island is situated on the Hauraki Gulf and has a length of 19 kilometres (12 miles). Visitors are drawn to this local gem because of its famous vineyards, picturesque beaches and wondrous natural landscapes. 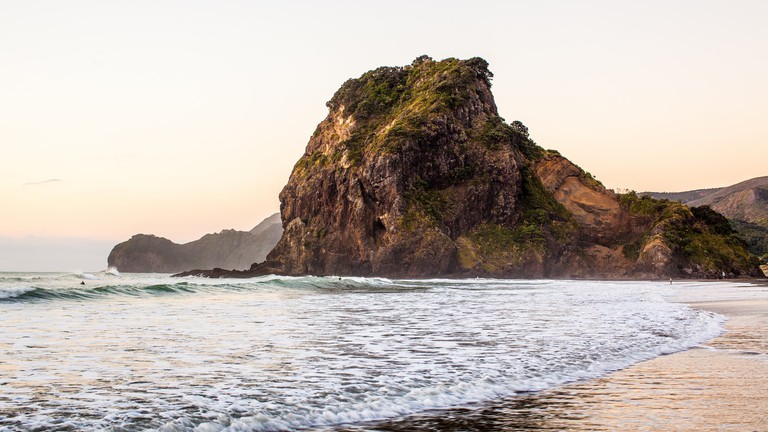 Lion Rock, Piha Beach | © russellstreet / Flickr
Located just west of Auckland, the black-sand Piha Beach is famous for its strong surf conditions and breathtakingly rugged scenery. Landscape photographers are particularly drawn to the beach’s Lion Rock and its surrounding Maori carvings. Film buffs will also know the picturesque beach for its cameo in movies like the 1993 feature drama The Piano.

Natural Feature
Native bellbird seen on Tiritiri Matangi Island | © Richard Ashurst / Flickr
If you love nature and wildlife, a visit to Tiritiri Matangi Island is a must. The island, which can be reached from Auckland city via ferry, is a wildlife sanctuary for threatened and endangered native birds and reptile species. After a brief introductory walk from a local ranger on arrival, visitors are welcome to partake in guided walks or simply explore the surrounding tracks and beaches on their own.

Park
Shakespear Regional Park | © russellstreet / Flickr
Located at the tip of the Whangaparoa Peninsula, 50 kilometres (31.1 miles) north of central Auckland, Shakespear Regional Park is the most visited and accessible open sanctuary in the region. With a strong focus on conservation and farming, the park provides a pest-free habitat for endangered wildlife — to an extent that dogs and other pets aren’t permitted in it. 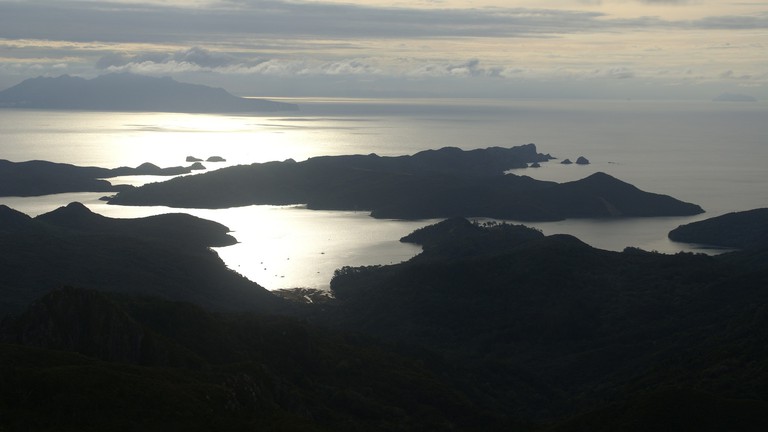 Natural Feature
Rangitoto Island | © Department of Conservation / Flickr
Having come into existence approximately 600 years ago, Rangitoto Island is Auckland’s youngest volcano. Wherever there is a view of the Hauraki Gulf, you’ll be able to sight Rangitoto summit — you could say it’s a bit of a local icon because of its prominence. The island is a popular hiking destination as well as being a much-adored spot for kayakers and boaties.

Natural Feature
Devonport, Auckland | © xiquinhosilva / Flickr
The seaside suburb of Devonport is wont to attract history buffs, beach lovers, maritime enthusiasts and budding foodies keen to try out some of its buzzing cafes and eateries. A 12-minute ferry ride from the city is all it takes to reach this North Shore gem; this ease of access makes Devonport a favourite day trip destination for both locals and visitors.

Natural Feature
Pōhutukawa trees at Mission Bay | © Akos Kokai / Flickr
Mission Bay is located quite close to Auckland’s central business district on Tamaki Drive. Aucklanders are particularly drawn to the local beach because it is so close to the city. Mission Bay is also loved for its cafes and restaurants, plus the picturesque park that lies right on the beach’s doorstep. 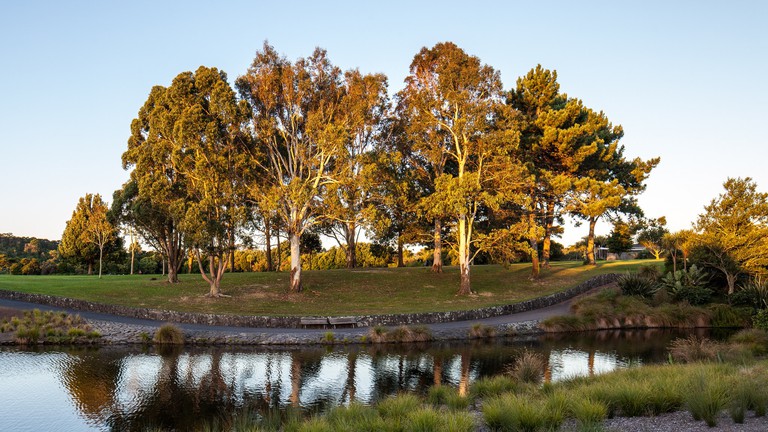 Sunset, Auckland Botanic Gardens | © russellstreet / Flickr
The Auckland Botanic Gardens is located in the South Auckland suburb of Manurewa, approximately 24 kilometres (14.91 miles) from the city. It comprises 64 hectares (158.15 acres) of gorgeous blooms, foliage and native forestry that’s sure to enthrall visitors. Admission is free and the garden organises a number of events like workshops and school holiday programmes for visitors of all ages to enjoy.

Park
Lovers Lane walking trail, Auckland Domain | © Murat WithHat / Flickr
As well as being Auckland’s oldest park, the Auckland Domain is the largest in the city. The park comprises the entire explosion crater and most of the crater rim of the Puketawa volcano. It is also home to several sports fields, tranquil walking tracks and notable tourist attractions like the Domain Wintergardens and the Auckland War Memorial Museum. 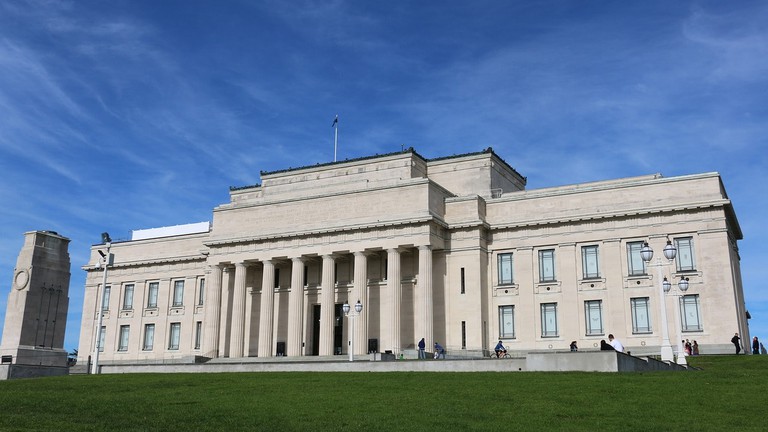 Auckland museum | © parkd63 / Pixabay
The Auckland War Memorial Museum was the very first of its kind in New Zealand; it currently serves as a memorial site for war casualties and holds some of the country’s most significant archival records and heritage treasures. The museum is particularly notable for its extensive collection of Māori and Pacific artifacts, and its annual ANZAC Day dawn service commemorations.

Art Gallery
Auckland Art Gallery | © ChewyPineapple / Wikimedia Commons
With a collection that features more than 15,000 works, the Auckland Art Gallery is New Zealand’s largest art institution. The gallery originally opened in 1887 and has since undergone a massive architectural transformation. Its modern building is presently home to artworks and collections from New Zealand, the Pacific and abroad, as well as hosting an array of international exhibitions throughout the year.

Transportation Museum, Curiosity Museum
MOTAT | © Samuel Mann / Flickr
The Museum of Transport and Technology (MOTAT) is the ultimate go-to for curious minds. Innovative machinery-based exhibitions, remarkable aviation displays, a model railway and a collection of fascinating historic relics come together to educate museum visitors about the evolution of transport and technology in New Zealand and its effect on life at large. 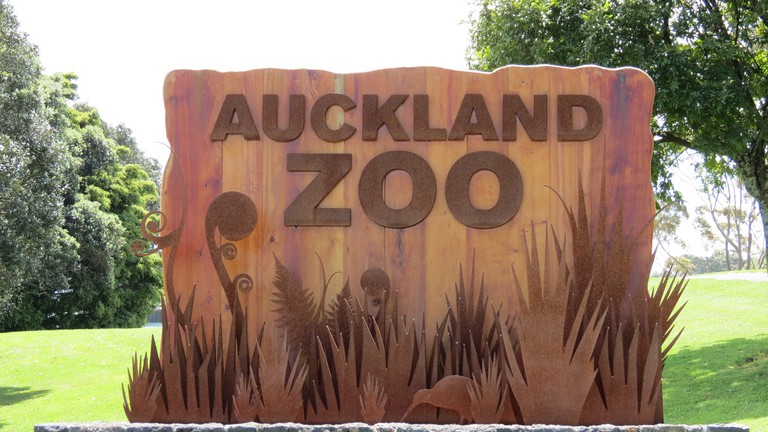 Auckland Zoo sign | © Robert Linsdell / Flickr
Auckland Zoo has come a long way since opening its doors in 1922. Along with housing the largest collection of wildlife in New Zealand, the zoo has expanded its scope of operations to include a number of conservation and environmental research activities. Visiting animal lovers can get involved in a number of encounters like behind-the-scenes experiences, safari nights, and zookeeper talks among other events and activities. 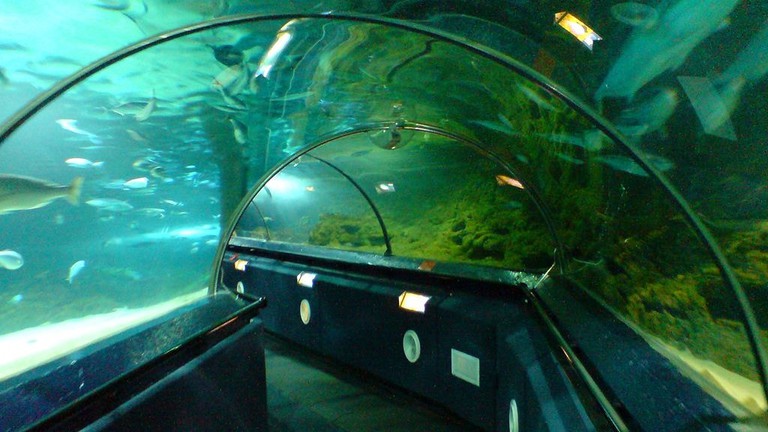 Tunnel at Kelly Tarlton’s Sea Life Aquarium | © Ingolfson / Wikimedia Commons
Kelly Tarlton’s Sea Life Aquarium has been marvelling marine wildlife enthusiasts since 1985. The aquarium was the brainchild of diver and marine archaeologist Kelly Tarlton, who not only built this remarkable aquatic attraction out of unused sewage tanks, but is also known for constructing the first buoyancy compensator suit in New Zealand. A shuttle from the city centre can take visitors to the aquarium, where they can catch sight of a number of species and even walk across a shark tunnel.

Theatre
Civic Theatre, Auckland | © russellstreet / Flickr
Equal parts architectural landmark, performing arts hub and live music venue, The Civic is bound to impress its spectators. Built in 1929, this was originally the first ‘talkies’ cinema to emerge in New Zealand; nowadays it is a premier theatre venue with more than 2,300 seats and a starry auditorium designed to recreate the Southern Hemisphere skies. The Civic is mostly opened for performances, though special guided tours are offered on occasion. 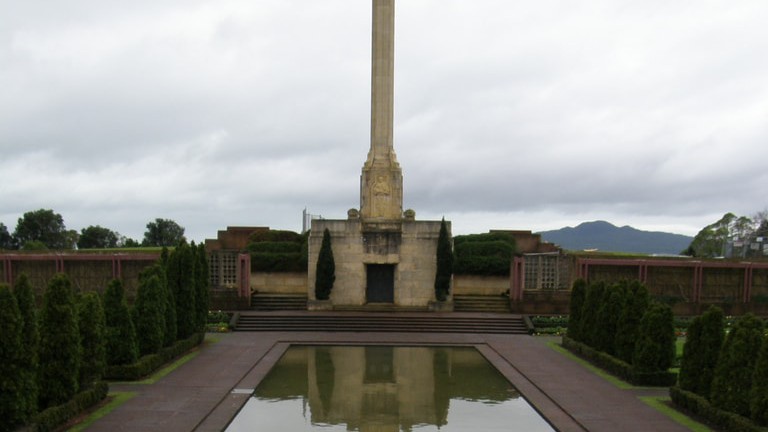 Top 10 free things to do in Auckland

Top 10 free things to do in Auckland

Auckland’s landscape it dotted with 48 volcanic cones, all great spots for 360-degree views. Mount Eden is the city’s highest natural point and its 50-metre deep crater and surrounds hold an important place in Māori history. Head to Cornwall Park and up One Tree Hill, one of the largest former Māori settlement complexes in New Zealand, or walk to the top of Mt Victoria or North Head in Devonport.

Take a day trip to Goat Island, a protected marine reserve and one of New Zealand’s top snorkelling and dive spots, with abundant colourful fish close to the shore. If you’d rather stay dry, try a clearyak (clear kayak) trip or the glass bottom boat. Bring the kids to meet the cute farm animals at Ambury Regional Park – they might even get to feed the lambs in spring.

You’re never far from the sea in Auckland. Our two coastlines are filled with hundreds of beaches. Ride the waves at the black-sand surf beaches of the rugged west coast, visit the seaside suburbs of Mission Bay, St Heliers and Takapuna close to the city, escape to an idyllic island beach, or head north and discover the golden sands and clear waters of Tāwharanui and Pakiri.

There are lots of free events on in Auckland right throughout the year, from live music and outdoor movies to major cultural events, including the vibrant Pasifika Festival, the Auckland Lantern Festival celebrating Chinese New Year, and Tāmaki Herenga Waka Festival, a celebration of our unique Māori culture.

Take your pick from the thousands of walking tracks throughout Auckland, ranging from short and easy trails to challenging hikes. Explore the coastline of the west’s spectacular black-sand beaches, walk through the lush Hunua Ranges in the east, hike through native forest on a Hauraki Gulf island, take a city heritage trail, or discover the diverse landscapes of Auckland’s parks.

7. Walk inside a lighthouse

The restored Manukau Heads Lighthouse, sitting on the very tip of Awhitu Peninsula, is one of only a few lighthouses in New Zealand you can climb to the top of. Feel the sea spray and enjoy the fantastic views. Gates are open 9am to 5pm daily; admission is free but a small koha (donation) is appreciated.

Get a look at the huge gannet colony at Muriwai Beach, where around 1200 pairs of gannets nest on the rocky clifftops from August to March. There are two viewing platforms so you can get up close, plus you’ll get incredible sweeping views out across the Tasman Sea.

The Domain is one of our most beautiful parks, with a mix of open spaces, formal gardens, stately trees, miniature waterfalls and leafy walks. Ideal for strolling, jogging, picnics and sports, the Domain also has regular free music events. Auckland Museum, perfect for a rainy day, is also free if you live in Auckland.

10. Watch the world sail by

We’re a city of water lovers, and there are always boats of all shapes and sizes on the Waitemata Harbour. Pick a spot in Wynyard Quarter and watch them sail by; then take a wander and check out the sculptures, scenic boardwalks and a marine-themed play space for the young ones.